Amazon Prime Day is coming- and it’s early this year! While we’ve typically seen dates in July and 2020s were moved to September due to economic interruptions, Amazon Prime Day 2021 will be on June 21-22 this year.

As a savvy shopper who knows how to use Dealdump’s insider info to get your great bargains, this is an annual event you need to have your eye on!

What is Amazon Prime Day?

If you’re an Amazon Prime member, it’s going to be one of your major deal-finding days of the year, especially on tech and gadgets.

That said, however, they span everything sold under the Amazon prime program, from TVs, beauty products, and clothing to Amazon Music and everything in-between. Technically, it’s celebrating its anniversary every year.

As a result, many of these deals will be the best sales prices we’ll see until Black Friday, and thousands of products will see steep price drops and deep discounts.

Are Amazon Prime Deals Too Good To Be True?

They can seem it, but the sale is completely legit, don’t worry! It’s an incentive from Amazon to get subscribers to the Prime service. Midsummer is traditionally a slow retail time of year, especially compared to the holiday season, and it also helps get people invested in spending.

As a result, this two-day event has become a tentpole of the calendar among online retailers.

What to expect from Amazon Prime Day 2021

Deals, deals, and more deals! Of particular note this year, in an attempt to ward off some of the bad press that’s hit Amazon in the last year, you’ll get $10 off at select small businesses.

There’s also the freshly announced deal with MGM to look forward to, as you’ll have access to their full catalog of treats. Shopping by voice with Alexa will also net you some exclusive deals.

The weekend before Prime Weekend will see them reveal some preview deals to generate excitement. It does take a savvy shopper to get the max bang for your buck, however, as we can almost never get a list of all the lowest prices in advance.

But, in fact, that’s part of the Amazon Prime Day experience- flash sales, so-called ‘lightning deals,’ all-day deals, exclusive discounts, and hourly surprises. They’re all incentives to shop ‘til you drop.
Amazon Prime Day discounts apply to all types of products, but precise deals are a little easier to predict than in some sales. For example, we know that almost all Amazon brand merchandise will go on sale, especially Fire tablets, Kindles, Echo speakers, and more.

Laptop deals and security deals are a given, although stock flies. Deals on gaming are also common. Prime TV deals are also pretty guaranteed.

Apple products, surprisingly, have always been a big sales driver for them, too.

You will see some deals kick off in advance of the ‘official start date to begin building impetus, so be sure to stay tuned! Make sure you have alerts on product categories you are interested in, too. For example, their $10 discount at participating small business retailers starts on June 7th.

You will need to be a Prime subscriber to access the sales prices on Amazon- but you can easily sign up for a free 30-day trial, and that will give you access to the full range of products.

Do Other Retailers Offer Prime Deals?

Amazon Prime Day is technically only celebrated on Amazon as it’s geared around their Amazon Prime service. However, smart online retailers know that people buy there instead of when the competition has a sale. So don’t be too surprised if you see incentive sales at other retailers.

There’s going to be a flood of deals on Amazon Prime Day, so how do you make the most of them in such a short time frame? A bit of homework will be involved. It helps if you have some bigger purchases in mind, so you don’t spend left and right and miss out on what you really need.

It’s always smart to look at last year’s deals and see how they went- it can be a decent predictor for this year. If you want to go all-out, sign up for an Amazon Prime Rewards Visa Signature card, which will give you an Amazon voucher and earn you some cash back on purchases.

Know what specs or features matter to you, so if there’s a great deal on a different brand, you know how to evaluate it. Decide what you’ll sacrifice for a good deal and what is a deal-breaker for you. Are you willing to go a little over budget if there’s a lot of extras?

Dealdump’s a great place to watch for more information, too.

And there you have it! Amazon Prime is a major sales event, and shopping holiday every deal seeker should have on their radar, so it’s time to get cracking and get ready! DealDump is always here to help you make the most of it. 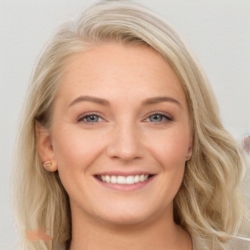